The Problem with Welfare

Shouldn't the problem with tackling the poor be easy?

We’d be taking on a rather dark and saddening side of the fables of rapid Economic growth in this post. Every liberal around you, (if you’re one, then you too) says, go for universal healthcare and universal housing, pensions for everyone, to help them live a decent life… above the poverty line.

Any economist would say a strict NO to these. Not because these aren’t affordable, but, because the economic system we have established and we’ve got used to, over thousands of years don’t accept it.

All through history, economics was pretty simple, You do something or sell something, you get paid for it by a person who found value in your product or service. Even today, it seems so. But, there are pressures today. There are pressures from external factors which influence the price, volume of products sold, and the most important of all, though we say the globe is a village, we have our own policies and currencies, and each of them have different values. In a sense of traditional, rational and sustainable economics, money was never produced, it only moved from one to another, and that makes perfect sense, after all, currency was just meant to be a medium of exchange, replacing Barter system in that behalf. Now, value derived from a particular product or service is measured in terms of the currency, and is traded for with anything that the person would need, which is also expressed in terms of currency.

In effect, the value that is derived by people from the amount of money they spend is the value attributed to the currency. It is called the purchasing power of the currency. Let’s take an example, 10 years back, INR 7 was enough to buy a Kilo of Iodised Salt, but, now, it takes INR 12 to buy the same. Salt hasn’t increased in value here. If there’s anything about salt, it is that, the core production process hasn’t changed a bit for thousands of years. Here, the point to be noted, is that our currency that we use, that we trust, with our labour, has almost halved in it’s value.

Now, why is it so? Because, we printed more currency than the value of our labour and productive capital.

The universe of theoretical economics hangs in perfect balance with a simple equation… as long as no one changes this, there’s no need for any economist anywhere… Currency Notes printed = Value of Productive Output Here, I might have raised some eyebrows, cause those who know a little of economics would argue that currency in itself is guaranteed on the basis of reserves of gold, which is money. Don’t worry if this is over your head, I’ll put another post specifically for Money v/s Currency.

The core of the concept I’m driving is that, the value of the currency note you hold in the palm of your hand is the collective value assigned to it by all the people who laboured to earn that currency. So, the greater the work done to earn a Dollar, the greater can the same Dollar buy you off the shelf. But, there is a fundamental flaw in this concept, or, rather an application flaw. Different people work differently, and are motivated to work differently. If you take the case of Japanese, or the Germans, they’re workaholics, and though there may be exceptions to this rule, this is the general scenario.

This led to the debt crisis in Greece that led to global investors losing confidence in the Euro as a currency. (We’ll talk about the Eurozone crisis separately in a series called financial crises)

The value of a currency is the value of the work that is done to earn that.

But, why pay someone who doesn’t do anything to the productive capacity? Paying them won’t only reduce the amount at hand left to pay productive counterparts, but, also reduce the perceived value of the currency, as virtually currency is printed out of thin air, and given to people who didn’t work for it. There is no addition to the productive capacity of the country, but, there is an increase in the currency with people. There is more currency than there are goods and services, and this leads to inflation, or an increase in the currency value of the goods or services. I have made this assumption that, the real value derived from any activity or good, can never change, and that only the currency value changes. (A loaf of bread, or a car, or an air conditioner, or even a chocolate candy gave us the same value 10 years back and is definitely going to give us the same value 10 years later) This is the Value Assumption that we do, to have a rational view on economics.

When we talk about welfare measures, we’re talking about taxing everyone without telling them, or without them even realising that they are bearing the burden of the welfare measures. Still don’t get it? See the diagram below, that might work : 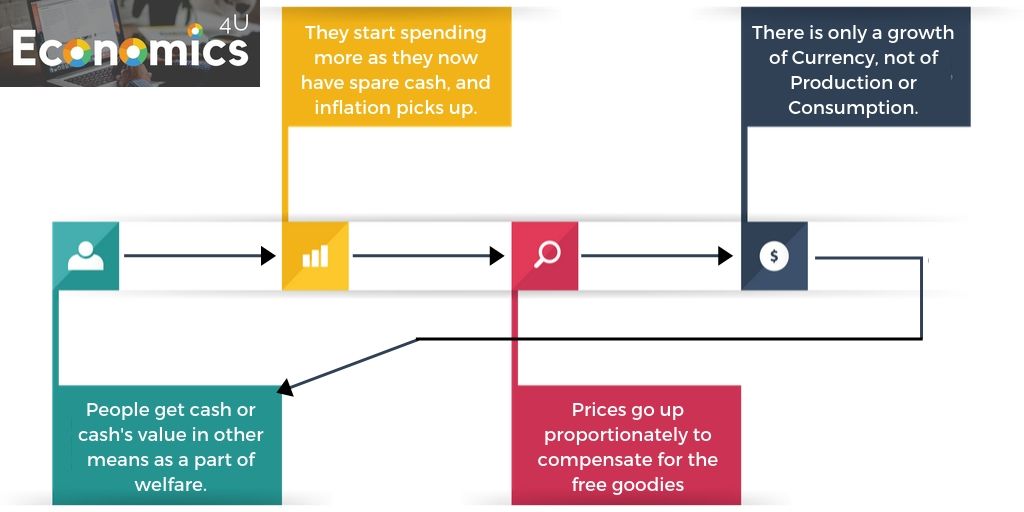 We now have probably the largest proportion out population demanding Universal Healthcare, Universal Housing, and Inclusive government programs to meet all basic human necessities. What these lobbyists fail to understand is that, what you spend on your necessities is the income to several people on the other side of the veil. I’m not plainly advocating capitalism, all that I’m saying is that , when we have a capitalist economic system, we can’t go socialist on our policies.

Welfare isn’t providing people money and making them buy more and live a reasonable standard of life. Welfare is about providing people the means to self sufficiency. No amount of money spend on Universal healthcare or affordable housing or freebies we get is going to improve the situation. It would only reduce the value of the currency we have, and undermine the efforts of those who actually worked for the dollar they got.

All that is needed is to make people work for their buck, which would not only make them manage their finances and take care of their necessities, but, also improve the value or the purchasing power of the currency. Economic growth can be sustainable if this is done. (Unlimited Economic growth is possible! Unlike any 16 year old kid might say)

To Wrap Up : Our Economic System is Capitalist. You work, you get paid. You can’t have socialist policies in a capitalist system, change either! (And we have seen from the Russian example that socialist system isn’t effective in stimulating economic growth) Freebies cost the currency, and cause inflation which makes life difficult for everyone. Welfare must be based on providing the means, than providing the benefits. 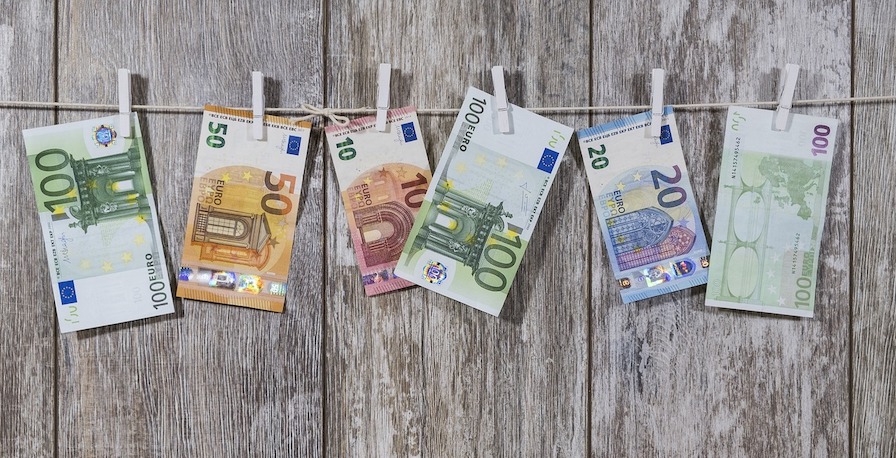